My first experience of Asia, or even out of Australia, was November 7, 2013. The moment I fell in love with this amazing world of ours.

One big chaotic city with a massive amount of culture.

First stop, Bangkok, the heat was unlike anything I can describe and that smell as you step over a sewage grate, wow it was the worst thing I have ever smelt. An experience and a half. The catfish on the Bangkok river were the biggest you will ever see, throw in one piece of bread and about 50 all at once came to feed. Definitely worth going to have a look at those massive fish! 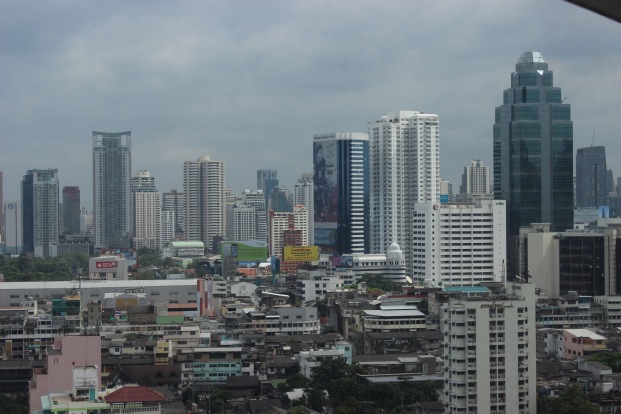 The shopping was incredible, I was so overwhelmed by the amount of things one small stall could sell. I felt like I had such a sheltered life once coming to Bangkok, even the McDonalds blew me away. The large cokes were huge and you could get plum sauce with your nuggets, little things were differently amazing me!

However, it was the first night that was great, an American style bar with music played by a live Thai band, it was a great atmosphere. 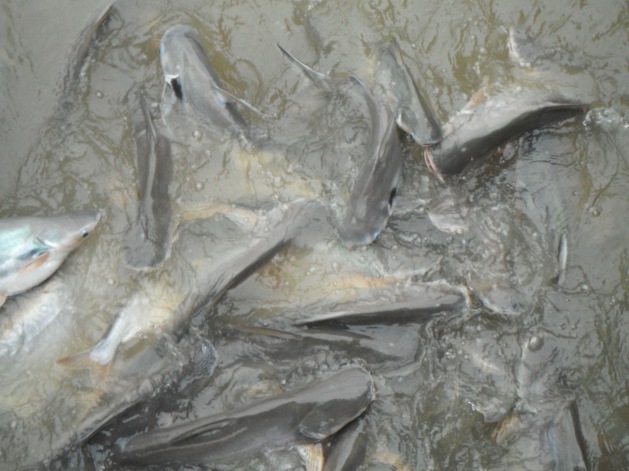 A history lesson was given when I went on the Bridge of the River Kwai tour. The bridge was used during World War II. The whole experience was jam packed with a boat ride, a train ride and buffet lunch. As we were on the train, with the windows opened, grass was flying onto our laps and the views of the countryside were so beautiful. The six hour bus ride home was however testing.

The last day was spent at the biggest market I had ever seen, you name it and it was there! The most terrifying part of it was the animals they sold and how they even got them into the country. Native Australian animals were sold there! The poor puppies suffered in the heat as fans blowing stuffy air on them was the only thing that kept them ‘cool’. The stall owner would constantly tell us, “No photos”.

A must restaurant in Bangkok is called Cabbages and Condoms. It was a restaurant aimed to create awareness and funds for unwanted pregnancy and the importance of Thai people wearing condoms or anyone for that matter. The whole place was decorated in objects made from condoms, it was incredible but strangely beautiful. 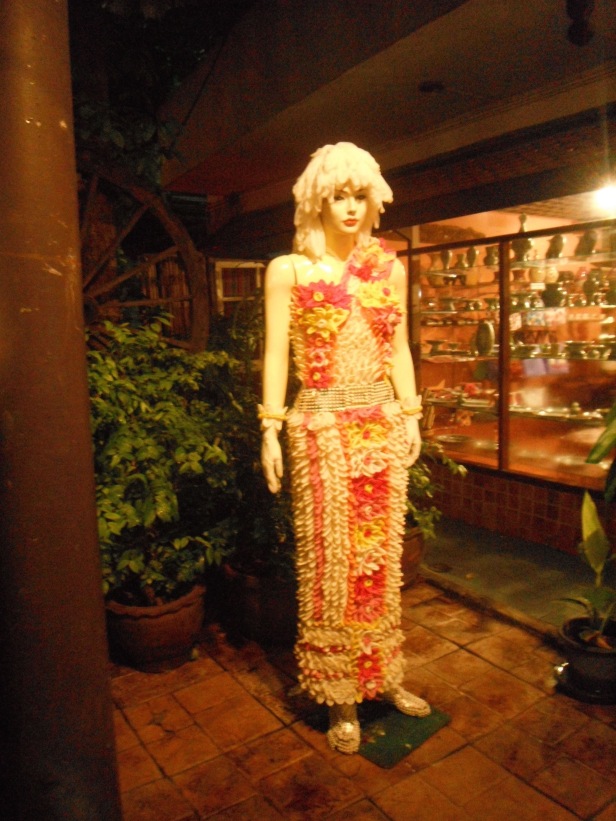 If you want a Bangkok experience and an eye opener, head to Soy Cowboy. This was the streets filled with strip clubs, bars and nightclubs. However, unlike Kings Street in Melbourne, the girls dancing on those poles were anywhere from the age of 13. This was one of the saddest things I had witnessed. 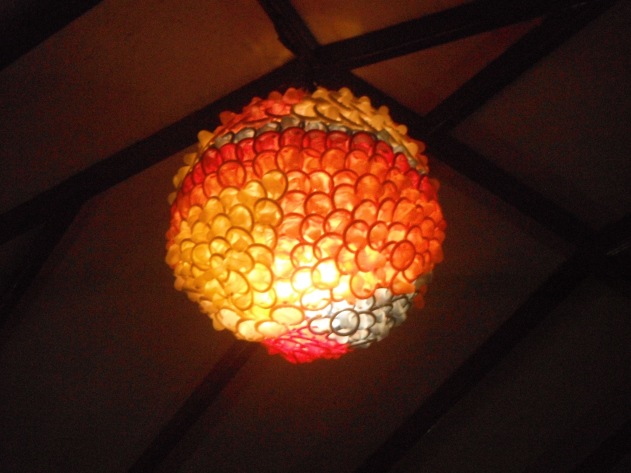 Overall, three nights were spent in Bangkok. My last day I became quiet ill, not being use to the food and culture really took a toll on me at first, so be a bit careful in the first few days. I wasn’t sure at the time if I would ever go back to Bangkok, but on reflection I think I would given the opportunity. There is so much street food to try and so many more locals to meet.

A nice getaway with beautiful islands and cheap shopping.

My recommendation when staying in Phuket is the Ban Thai, it was absolutely amazing. The staff at the Ban Thai had the most amazing customer service. Jump Jump, the guy running our pools bar was so welcoming and along with colleagues Leo and Coco who became our friends that we will never forget. If you stay, make sure you meet them – if they still work there. They took us out, gave us great tour advice, got us good shopping deals and were so welcoming.

Phuket had it all. The best nightlife on Bangla Road, party tuk tuks and amazing beaches. There was so much to do.

We experienced the Simon Cabaret, the lady boy show, which in fact was a bit of a let down. I actually fall asleep during the show. You can see them on Bangla Road for half the price and you won’t fall asleep. 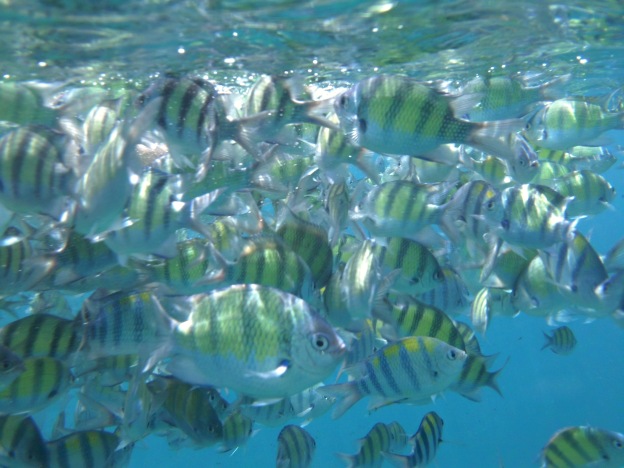 You can shop until you drop and get all the foot massages, facials and pedicures you could ever want. It was heaven, sitting by the pool and drinking the cheapest cocktails ever.

One of the nights we ate on the beach with fireworks, the lot, all done by our friends from the resort. The food was amazing. I didn’t eat as much Thai food as I would have like but the Pad Thai was a definite favourite of mine.

My favourite tours we did during our time in Phuket was the Elephant ride and Phi Phi Island, a must do in Phuket.

The Elephant ride was unreal, terrifying but I really enjoyed it. Siam Safari is one of the only places in Phuket that aren’t cruel to the animals. The views we had over Phuket were stunning and the owners of the Elephants were entertaining, constantly referring to their toilet stops as like a waterfall and counting us in for our photograph with a “1, 2, 3 Elephant”.

Phi Phi Island was the most beautiful place I have ever seen at that time. The water was so clear and blue, the greenery surrounding was a deep thick green tone and it was unlike anything I have seen before.

The lunch we were served was traditional and so delicious! As part of the tour you go snorkelling in bay and the temperature of the water was like a luke warm bath, the coral is so beautiful and the fish had so much character. The best experience and such a big day. Watch out for coral burn, I still have my scar to this day.

A jam packed week with ATV rides on main roads in Phuket, monkey shows, countless tuk tuk rides, petting tigers and huge sea eagles and endless cocktails, it was a great week of adventuring around Phuket, if you want to organise your trip when you get there, book an appointment with your tourism desk at the resort.

The cleanest city in the world that is ahead of its time with beautiful architecture.

After Thailand, Singapore felt so expensive! However, it was so beautiful! It was like a garden with a city built in it. 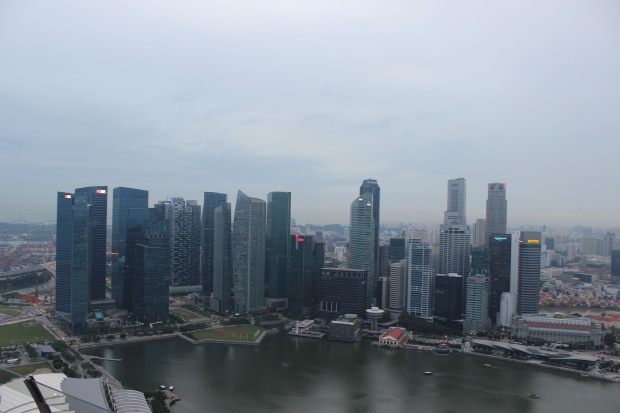 The alcohol was eight times the price it was in Thailand, even a beer was $15. You don’t need a lot of time in Singapore and you can have packed days and still come home feeling like you have seen it all.

I had high tea at Raffles, which was amazing! The cup of tea I had was to die for after being in Thailand for 10 days! Raffles was the most elegant place I have ever seen and the history was so fascinating. The billiards room once found a tiger under the table when Singapore was part jungle.

Marina Bay Sands is incredible and the top observation deck had a stunning view of the city. I recommend going on dusk, when night fell it was amazing. The infinity pool was only for hotel guests, but it did look like the best pool with a view.

I explored Sentosa Island, it was very beautiful with lots to do but it was super expensive and the pass that I purchased gave one turn on rides that went for less than five minutes – and you only got to choose from five attractions. Universal Studios would give you more for your money. However, the cable car ride there and back was definitely worth it!

Explore Singapore at night as much as you can! We had the most beautiful Chinese in Chinatown, went to a Indian temple, saw Orchard road (Shopping heaven), Clarke Quay, which had the most food outlets I have ever seen in one place – Octapas is a high recommendation for the best tapas I’ve ever had) – and got bargains in the Bugis street markets.

On our last morning I experience breakfast with the Orangutans at the Singapore Zoo, they were adorable! After breakfast you can explore the zoo.  They weren’t caged and most animals were separated by moats and low fences, except for of course the snakes, thank god! 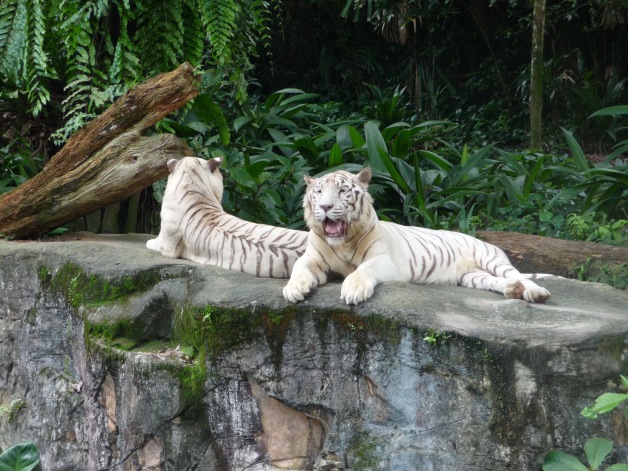 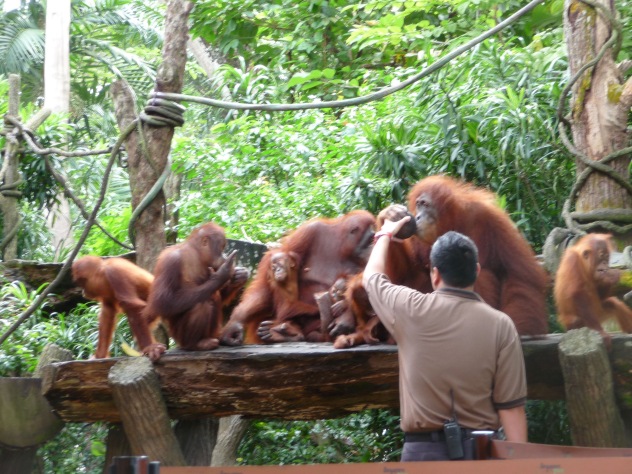 Gardens by the Bay is another place you must explore before you leave! We went in the dome that had a man made rain forest with a waterfall, it was amazing and so so beautiful. The plants grew up a steel structure and they all survived under a dome. The man made trees were by far, especially at night, my favourite. They lit up and you could walk between them like a tree top walk. It was so beautiful!

Singapore was truly amazing and clean, their lifestyle is so fascinating. They have shopping centres that go 20 stories high and 7 stories below the ground. They are a super small country that is only 26 km north to south and 50 km from east to west. Their infrastructure is incredible! Going around Christmas time was a true blessing as the decorations made the city look amazing! 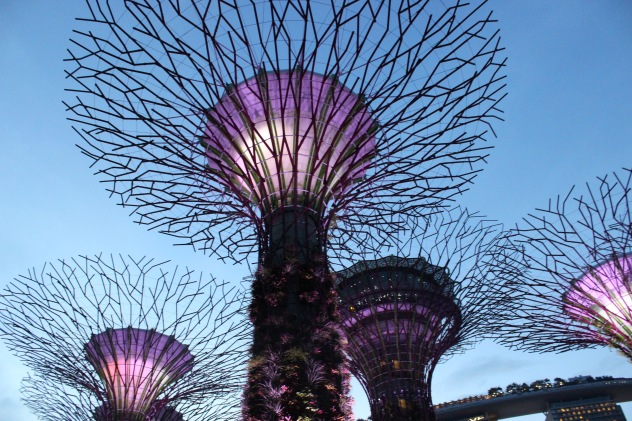 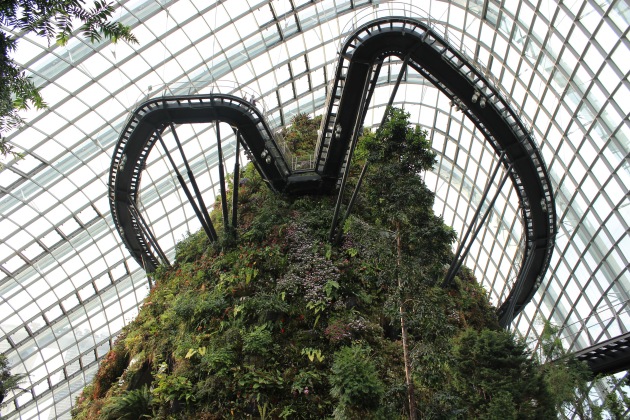 Read more on travelling in Asia: